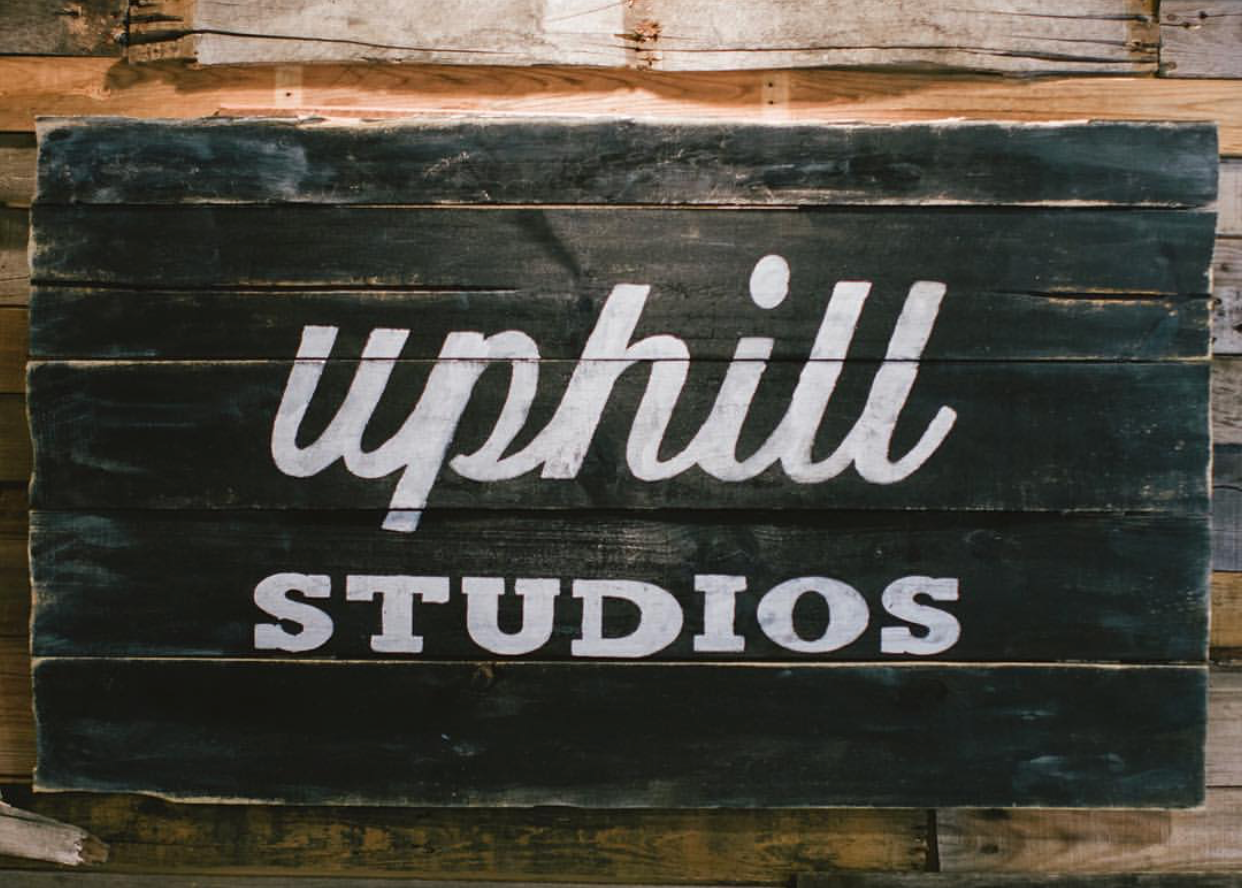 I love telling the story of Uphill Studios, because it’s not a Sean or Crystal story, it’s a God story.

7 years ago this month, my wife Crystal and I, began a journey that has gone far beyond anything we could have ever asked or imagined. We’ve learned so much about ourselves and God through this journey, and I wanted to capture a Reader’s Digest version of it, before too many years pass.

The recipe at the beginning, was really ripe for disaster;

The economy was in a major slump. I had no formal audio engineering training. I had just lost my job. We had never owned a small business. We had a grand total of $2,000 to “start up” the business (average start up cost for a small business is $30,000). We owned about 1/30th of what we needed to be competitive as a recording studio. I had never used ProTools. We had never built a website or made any online content.  We had no marketing experience. And on and on the list went.

The odds of success were astronomically low. And the excuses list was long.  We told some close friends about our plans to open a studio… in wisdom and love, they cautioned us against a seemingly foolish decision.

I was continuing to interview in my previous job field, and was receiving offers to go back to what was familiar. Good pay, good benefits. Safety. But God was revealing to us a different plan for our lives, and going back to what was familiar was actually disobedience. At the time, it would have been very easy to ignore His whisper of a voice.  He didn’t come down on a cloud and shake our house with thunder.  It was that still small urging on a spiritual level that you often hear people talking about.  Ignoring it would have been scarily easy.

Eventually, however, we mustered up the faith to not only listen, but take action on how we felt God was leading us.  We decided it was time to decline the job offers coming in, stop interviewing, and chase what God wanted for our lives, instead of what we wanted.

So there we were.  Newlyweds.  We had been married for all of 6 months.  I’m jobless.   And God is calling us to build a recording studio from the ground up in a bonus room above the garage of our house. Nuts, right?  Only God could get the glory for building something from those circumstances.  But, after all, a couple loaves and fishes in His hands can go a very long way.

Although the odds of us starting a successful recording studio were around .000000000314%, obedience to the voice of God will always yield a 100% success rate.  Obedience isn’t a sexy/trendy word in our church culture, but each step of obedience moves you deeper into the will of God.  And in the will of God, there is no lack.

We knew we needed a few basic pieces of gear.  Our only flexible savings at the time was what I had put into my 401k while employed. A humble $2000.  So we took the small financial penalty and withdrew my 401k (sorry financial planners), and bought a refurbished iMac, interface, and a $100 midi keyboard. From being a musician growing up, I had drums and a guitar rig and a few cheap microphones to start with. That was it.  No reference monitors, no nice microphones, no outboard gear, nor a treated space.

Looking back we can see that one of the biggest hurdles to ever becoming anything, is starting something. Because at the beginning, you don’t have it all figured out.  And trust me, we did not. Still feel like we don’t. We didn’t know what to charge.  So we made it up.  We didn’t know how to manage a project.  So we made it up. Most days, in the beginning, I felt like I was just hanging on for dear life. Long hours. Little pay. And lots of hard-learned lessons about owning a business.

Despite the fact that we were basically clueless about what we were doing, we were taking steps.  God orders steps, but we have to be taking them first.  It's much easier for God to steer someone who is taking steps than it is for Him to move someone who is standing completely flat footed.  So we were stepping... the best we knew how.

Song after song.  Project after project.  Client after client seemingly flew by.

And before we realized it, we had been “in business” for several years.   God had brought people from all over the country, and even some international clients, to record in our little bonus room studio.

We’ve come a long way since those beginning years.  But our mission stays the same from the very conception of the studio when we first heard God speak.  We believe in advancing the Kingdom of God one song at a time.  And everything flows through that mission statement.  We know in our hearts, straying from that mission would remove God’s hand and blessing from it.  So until God says otherwise, we will continue to drive towards that goal.

Looking back now, I would gladly decline the job offers with more confidence. Gladly spend the $2,000 in start up costs without fear. Gladly put in the long hours to learn and grow the business sure that it was all going to pan out. In the moment, those things seemed like struggles. Because we hadn’t fully learned the art of trusting in God. When you fully trust God, when he asks something of you, you just do it. You don’t count the costs, or wrestle with the decisions... because He’s God. And His plans for you are still to prosper you and not to harm you. He wants to give you a hope and a future.

Most days we still feel like we are making it up, but God’s hand is on it, and He’s sure of what He has said.  And in the meantime, God continues to bring people to our couch to talk about a project.

We’ve been firsthand witnesses to God’s faithfulness and goodness. I sit down behind the desk in the studio everyday and I’m reminded of what a miracle looks like.  I’m reminded it’s nothing we’ve built, but something God has built through our obedience. His Word to us has not come back void. We are honored to share His story in our lives, because we know it encourages and inspires faith in others.

What is it God is calling you to do? Where can you choose to be obedient today? What step is God urging you to take big or small?  I believe God is a miracle working God, and I’ve been a witness to it in more ways than this.