What I Wish I Knew 5 Years Ago

The turn of this new year marks the start of year 5 for me as a full-time music person.  And dude, I have learned so much on this journey.  Starting out, I had so many misconceptions and disillusions about what it meant to truly create music everyday.  So I’ve been compiling a list in my phone of things I have gleaned so far that I thought would be helpful to communicate to my 5-years-ago self.  If I could have had this insight in my hands on day one, I would have run into much less heartache along the way!

I have done some serious trimming to narrow it down to the top 5 thoughts.  And I couldn’t resist making a list of honorable mentions to the top 5.  I could have easily included so much more content in this, but I wanted to prioritize what I felt were the most premium concepts I have observed and learned. 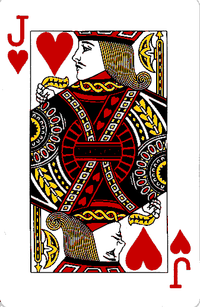 I decided on day one that I needed to specialize in one area and just become the best I could be at one thing to become a music career person.  Boy, was that a folley.  Drumming, giving drum lessons, and recording drums was barely enough to put gas in my car and maintain my ever eroding gear.  To survive in today’s music world, you have to be a jack of all trades.  You have to have an “I can do that” attitude, even if it means you have to learn something.  Only a select few of the content creators that I know in the music industry do just ONE THING.  They all teach, lead worship, play several instruments, produce, take photos, do graphics, write songs, etc.  And maybe only 1 or 2 of those things is what they REALLY LOVE to do.  So diversify.  Don’t be just a guitar player.  Be a guitar player that sings, writes, and engineers.  Don’t get too laser focused too early in your journey that you miss out on opportunities to do some really cool things and meet some really awesome people!  You never know when an engineering gig turns out to be re-writing a bridge and laying down the guitar parts!    Eventually, if you have the patience to endure the journey, you will be able to focus a lot more on what you really love. 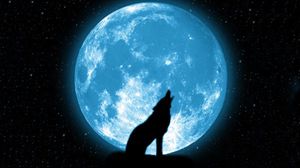 THE LONE WOLF - One of my biggest mistakes starting out was deciding I had to do everything myself.  I foolishly thought that to get it done right I had to do it myself.  I even played keys on some of the very first records I was making… and I don’t know how to play keys.  I was unknowingly choking creativity TO DEATH by trying to control everything.  But true creativity is discovered in collaboration.  Don’t lock your peers out of your creative process.  Let them IN!  As hard as this was to do, when I allowed more people into the music I was working on, my world dramatically matured for the better.  The more talented people with great ideas I involved, the better it ALL became.  Once I opened their creative faucets, I didn’t have a bucket big enough to capture the great ideas.  Their collective creativity far outweighed my best attempts.  So kill your inner control freak, and allow creativity to spring up from multiple sources.  Capture as much as you can, compile it in a meaningful way, and then you may be knocking on the door of some truly inspirational material.

MENTORS - Develop relationships (naturally) with the people “ahead of you” on the journey. Allow them to mentor you… and not necessarily in a formal way.  Watch what they do and how they do it.  Study how they approach their craft.  Allow them to grow and shape you, even if from a distance. Pay attention to the feedback you receive from them as a trusted opinion. Show them songs and let them rip it up and tell you why. If you are intentional with this, it will build and shape you into who you are trying to become.  The people who have gone before you have paid some serious dues. It would serve you well to listen to and value what they have to say.

3. THE DREAM IS WHERE YOU ARE 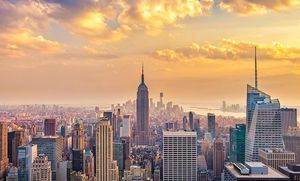 Music capitals like LA, Nashville, New York, etc. are cities of normal people.  They are not places you move to because you have one ounce of talent and magically your dreams come true. The reason someone succeeds in music is because they understand the dream they have is achievable RIGHT WHERE THEY ARE.  Yes, “music cities” are places where music is more “welcomed”, but in this highly connected world, your location is really of no concern. Too often I watch people desperately trying to be “noticed” by the industry folks, so they decide proximity is a key to that reality.  BUT you and the people around you ARE the next generation of content creators if you choose to be.  Gather the people around you.  Create content together.  Become a movement.  Become an inevitability.  Don’t attach your dreams to moving to a city, or attach them to people you hope to one day know.  Chase it right here, right now, the best you can, with the best people you have around you.

If you attempt to leverage relationships purely for the strategy of advancing your career, you will quickly box yourself into a very lonely place.  No one in the music industry is interested in being used for your personal gain.  If you go to conferences in hopes to rub elbows with gurus and impress “big players”, your approach is sorely misguided.  Stop handing out your CDs and leading off with your best name drop. I promise you, no one cares.  Legit people in the music industry work with big names all day, every day.  You will not be able to impress them with your rolodex because, next to theirs, yours is very thin. Genuine connection and nurturing REAL relationships with REAL people is the key.  Ask about people’s families, genuinely attempt to become a friend… not out of what can be gained, but out of a heart for people.  Hang out.  Have fun.  And don’t necessarily talk about music… remember that’s their job.  The music industry is very small and very connected, and if you begin to build a reputation of being out for yourself, your strategy, and your best interest, you will quickly find how doors will close all around you.  Instead of trying to be the best networker, become someone they can call a friend.

Nothing happens quickly.  Songs can take years to be recorded and released… I’ve heard stories of 10-15 year old songs finally being recorded for the first time.  Productions may take months or years to be released.  Building genuine relationship takes years.  Creating a song catalog of substance can take years and years.  You get the picture.  If you want to be involved in the music industry, you have to have a long term mindset.  The Voice and American Idol are TV shows… they are not reality.  You don’t write an awesome song and achieve instant notoriety.  The industry is full of very awesome songs.  Having a career in music means you keep your head down and plow the field… always.  Keep your eye on a “where would I like to be in 5 years?” kind of question.  Set realistic expectations and figure out the actual steps to get you there.  For example, “I want to record an album in the next two years”.  Start with setting up co-writes, and reach out to some producers to begin to get a feel for pricing.  Look at how you will fund it.  Record it.  Figure out a promotional strategy for release.  Be methodical about tackling your goals.  Don’t set goals that seem to just float in the clouds.  Don’t know the next step???  Ask.  Everyone in this industry tends to be a fount of wisdom, and generally they are not afraid to share it.  Stay thirsty on your quest for knowledge, and stay focused on your “eventuals”.

HONORABLE MENTIONS - Here are a few short thoughts that I felt didn’t quite make it to the Top 5, but are worth noting!

1. Don’t lead off with excuses about your content.  Let your content speak for itself without trying to justify things that you feel self-conscious about.  It makes you look bad and unprepared.

4. Invest in yourself.  If you aren’t willing to put everything you have into “you”, don’t expect someone else to see you as a reasonable investment.

5. Don’t let “gear” become a distraction.  Don’t get too caught up in gear world.  It’s an endless black hole of opinions and audiophiles.  Find what sounds good to you and go with it.  Don’t waste too much of your creative energy “tinkering”.  Make music, not sounds.

6. Music is just the vehicle.  Don’t fall too far in love with music that you forget it is just a means to promote a message.  Your message is what people will ultimately identify with and attach.

8. A music dream will continue to be only a dream when you take no steps to make it a reality.